LDPlayer Android Emulator is one of the newest and most popular Android emulators. It continues to be promoted as an Android emulator that is a perfect fit for playing games and using apps on a PC. LD player is similar to other well-known emulators and it has numerous features.

LD player is a unique emulator of Android OS that is fully focused on providing you with one functionality flawless running the most recent and popular Android smartphone games directly on your PC. 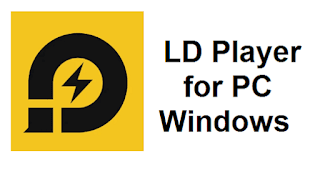 Optimized with great care to take full advantage of your PC hardware (such as much stronger CPU, GPU storage, and RAM hardware than on any portable Android device) and with great care taken to provide perfect compatibility with the latest gaming titles, the app represents the best way you can transform your home PC or laptop into a gaming machine that runs the latest mobile software.
It also prides itself on its full online compatibility, you can play both individual and multiplayer games on your PC like clash of Clans, clash Royale, free fire, Pubg, call of Duty, etc..with improved latency and band with speeds that are offered by your landline connection to the online world.
Because this emulator is available for free it makes a great option for those who want to try out an app on  PC are simply play Android games. Further apart from having Google Play Store, you also have the option of using it app store named LD Store.
LD player will perform much smoother with enough CPU cores and RAM when you are playing heavy games. But at the same time, your emulator will take up more resources from your computer, make sure your PC is decent enough for such allocation.
Android emulators are currently in high demand because they allow us to use Android games and apps on PC.
Also Check: Best-android-emulators-for-PC
LDPlayer is considered one of the best Android emulators for gaming. Because of its high Speed and stability. It is widely used to play Android games. Moreover, the multitasking feature lets you open multiple Windows simultaneously. Unlike other Android emulators on Windows, LD player does not contain too many ads.. on the LDPlayer app store, you will find various apps like WhatsApp, Instagram, and Pubg mobile.
LD player has a high FPS Mod which is superior to the NOX player. There is even a Vsync choice to avoid screen tearing if you have a beefy framework able to do high framerates.
First, if you are an Android app on game developer before you can launch your product you have tested your product on as many devices as possible. An Android emulator can be used for performing this kind of work.
Gamers may also find themselves requiring the use of an Android emulator for PC for making games easier to play. And so, games do not have to depend on the mobile device's battery life and Gamers benefit from using a faster processor and the largest screen.

LD player includes custom control which the gamers can use to play with a keyboard and mouse. The multi-instant feature allows users to open and play multiple games simultaneously. With this feature, several games will run simultaneously on the screen and it works perfectly if one is playing Slow paced game with another fast-paced game. 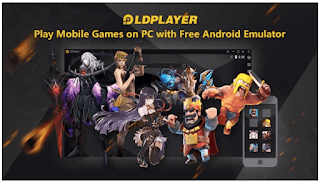 The high FPS/ graphics of LDplayer will power up the Android game and will enable users to experience Android gaming on PC powerfully.
Also Check: Free-fire-for-PC

This emulator also comes with a native screen recorder which is important for showcasing an app or gameplay recording and sharing it on social media platforms. However, note that screen Recorder does not incorporate the use of keyboard shortcuts. As a result, you have to rely on the use of the menu of the screen recorder for stopping starting screen records.

The LD player mimics much of the design and feel of an Android phone, such as the app design and icons. You can access the Google Play Store here to browse and download apps or use LD player's own LD Store to look for games.
You can further customize and optimized the LD player in the settings menu. Here you can change the resolution, the number of CPU courses used, the amount of Ram made available, change predefined keyboard shortcuts and tweak the settings for individual games.

The multiplayer functions let you lunch multiple instances of LDplayer at the same time. It's helpful to create your instance, clone your main instance, and even synchronize your instance with the synchronize tool. This means can run the same operation, for example, all your active instances.
LD  player also lets you record a set of operations and run them as scripts. This allows you to reduce the number of manual actions you need to take and you instead, focus more attention on the game. By clicking on the operation recorder, you can record multiple actions and merge them.

LD player builds in a recorder which is one of its most useful features. This one reduces the amount of CPU and Rampower needed so you can enjoy an overall smoother gaming experience. You can start it manually by clicking on the video recorder Icon or using the shortcut f8. Afterward, share your videos with your friends, or upload them to content-sharing platforms like YouTube.

LD player also supports the installation of APK files. If an app is not found on the Play Store. The APK button lets you not only browse on your PC but also install the APK files into this particular emulator. Thus even if you encounter an app that is not available in the LDStore, it is still possible for you to download and install its APK files into the emulator. 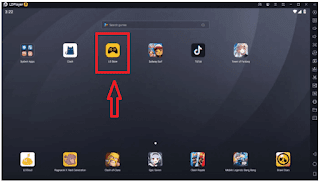 This tool has various advanced options for creating a custom mapping for games that you are playing. For this reason, on the screen, you can place buttons for shooting, set the gameplay view based on the graphics of the game, etc.
This program also allows the creation of macros which is important when playing games more advanced and just rely on the sensitivity of the tilt, push, drag, or click. this option is important if the mapping options do not work for your particular game.

System requirements of the LD player

Downloading and installing the emulator for PC is a simple and easy process. Consequently, here is how to download LD Player for PC.
Step 1: To download the LD player for PC, go to the official website of the emulator. On the website, you will see a yellow button labeled download LD player click the download button for it to be downloaded on your computer. 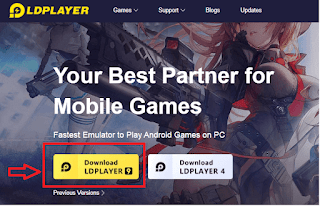 LDPlayer is packed with plenty of tools and features to give you the best gaming experience. It does not require many of your computer's resources and unless you are recording lots of videos it won't use much of your hard disc either.
It is possible for you to use multiple accounts for simultaneously playing multiple games. However, note that this ability greatly depends on the capability of your PC hardware in handling multiple instances of gaming. While this relatively new emulator can get the job done its developer have continued to continuously introduce new features through updates and fix glitches and bugs affecting gameplay.
If you have any queries please contact us through mail.